A dashboard for various sensors around my house.

I wrote a custom dashboard to visualize data from various sensors around my house. I'm a huge fan of sensors because they're at the intersection of what I love: electronics, home automation, and data hoarding.

You can find the source code on my Gitea. 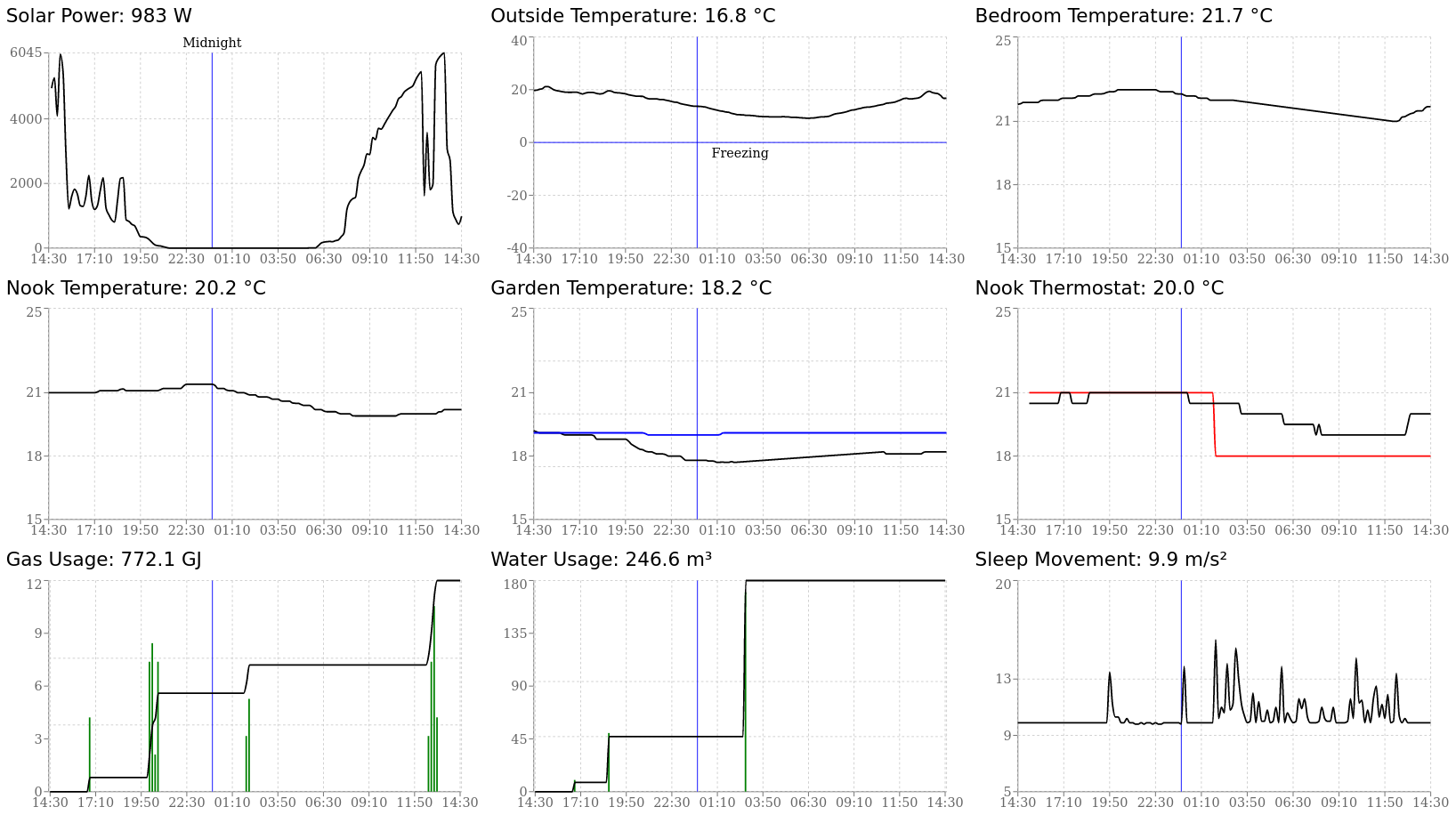 Most of the data is captured by two cheap RTL-SDRs (software-defined radios) that are set to listen to 433 MHz and 915 MHz radio frequencies. I use the open-source project rtl_433 to automatically decode the signals and forward them to an MQTT broker, which is a messaging server that services can publish and subscribe to. Other sensors run an MQTT client directly or expose their data through other means like a web interface that I poll.

The data gets collected by a central Python script that process and stores it in an InfluxDB database for "efficient" storage. The script also runs a web server that queries the database and exposes the data over an API to the dashboard at various dates and ranges. The dashboard is written in JavaScript / React using a simple chart library.

My biggest regret was using InfluxDB. It's a stupid database and I wouldn't recommend it to anyone. The documentation is confusing and I ran into timezone issues with group by time(). It also assumes the column data type is an integer if your sensor happens to send it a whole number at first and it won't let you change that. Just stick to Postgres / SQLite.