A device that automatically waters plants.

One day I decided watering my one plant was too much work, so I automated it. It's also great for when I'm on vacation. The plant is a year old now and doesn't look as good as it used to (kinda like you). So this machine is like its life support.

(Update: this plant died long ago) 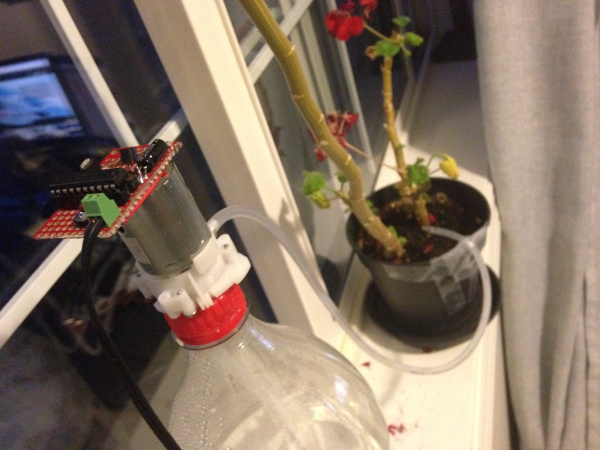 The design was very simple and soldered together on perf board. A microcontroller turns the pump on for 20 seconds, then waits 24 hours and restarts. The pump ran way too fast so it was slowed down to 10% power.

This design suffered from a fatal problem. After running, there was a chance that the tube would stay full of fluid. If the water level in the pop bottle was too high, it could siphon out. I woke up with a flower pot overflowing with water a couple of times. 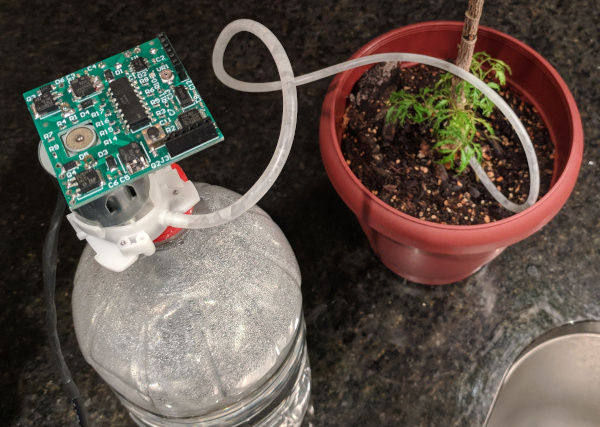 I liked the idea so much that I made a second iteration. This one used a custom printed circuit board with a lot more features. The pumping duration could be adjusted with a screwdriver. This was useful as the plant (now a Ming aralia) grew.

Another feature was the ability to run the pump backwards. This completely eliminated the siphoning problem from before. After pumping for a set duration, it would run backwards until the tube was cleared of water.